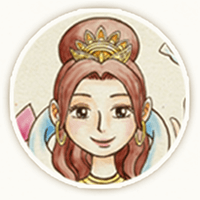 Maya
Queen Maya was the wife of King Suddhodana, who lived in the castle of Kapilavastu. She died seven days after giving birth to the young Prince Siddhartha Gautama, and reborn in the heaven of the Devas. Maya is an eternal heroine archetype, possessed of a kindness like that of the Virgin Mary and a passionate and curious nature like that of a young girl. The character in this story is modeled on the depiction of Maya in the Butsu nehan zu (painting portraying the death of Gautama Buddha) in the museum collection. 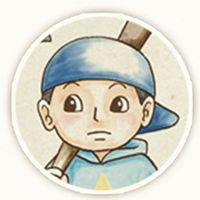 Garan
A deity in the form of a boy servant of the guardian deity Fudō Myō-ō (Acala, the Immovable One). He is slim and has straight hair. He speaks standard dialect and is the well-read, studious type. His character is modeled on the depiction of the boy servant Kongara, the figure on the right in Fudō Myō-ō nidōji zu (painting of the two attendants of Acala) in the museum collection. 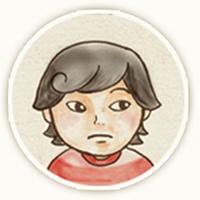 Seita
A deity in the form of a boy servant of the guardian deity Fudō Myō-ō (Acala, the Immovable One). He is plump and curly-haired. The rascally, class-clown type, he speaks Banshu dialect (of present-day southwestern Hyogo Prefecture, including Himeji). His character is modeled on the depiction of the boy servant Seitaka, the figure on the left in Fudō Myō-ō nidōji zu (painting of the two attendants of Acala) in the museum collection.

This original story was inspired by Buddhist paintings and statues in the collection of the Hyogo Prefectural Museum of History, and conveys the Buddhist worldview including reincarnation in the Six Realms of existence and Nirvana.

The Six Realms
In traditional Buddhist thought, the Six Realms, of Hell, Animals, Hungry Ghosts, Constant War, Humans, and Heaven, are all filled with suffering, and all sentient beings must be reborn into one of these worlds, and then die and be reincarnated, again and again until they achieve complete satori (awakening).
Nirvana
Buddhist belief says that Siddhartha Gautama was the first in this world to achieve satori (awakening) and become a Buddha, meaning that after death he transcended the cycle of reincarnation within the Six Realms. After death he was liberated from all worldly desires and from the physical body, a state known as Nirvana.
Mahayana Buddhism and Mappō Thought
In East Asia, the prevalent variety of Buddhism is Mahayana (“large vessel”) Buddhism, characterized by belief in a wide range of Buddhas and bodhisattvas (enlightened ones) besides Gautama Buddha himself. There is also a belief, originating in China and known in Japan as mappō (latter-day or “Dharma Decline”) thought, holding that there are three progressively declining ages of Buddhism following Gautama’s death: the ages of Right Dharma, Semblance Dharma, and Dharma Decline.
Pure Land Buddhism
In Japan, starting around 1052 when the age of Dharma Decline was thought to begin, there was a shift from people seeking to progress on the path to satori during this lifetime toward prayers for rebirth in the heavenly Pure Land, home to the celestial Amitābha Buddha (known in Japan as Amida Nyōrai), where they would then attain Buddhahood. The celestial land where a Buddha or Bodhisattva lives is called the Pure Land, in Mahayana Buddhism, and it is called reborn (ojo) that humans die and go to a Pure Land. The Pure Land faith with praying to Amitabha (nenbutsu) or copying a sutra was very popular in medieval Japan regardless of a denomination. Further explanations of the Buddhist worldview expressed through the story are provided in the Reader’s Guide and in commentary on the Buddhist art in the museum’s collection.

Further explanations of the Buddhist worldview expressed through the story are provided in the Reader’s Guide and in commentary on the Buddhist art in the museum’s collection. 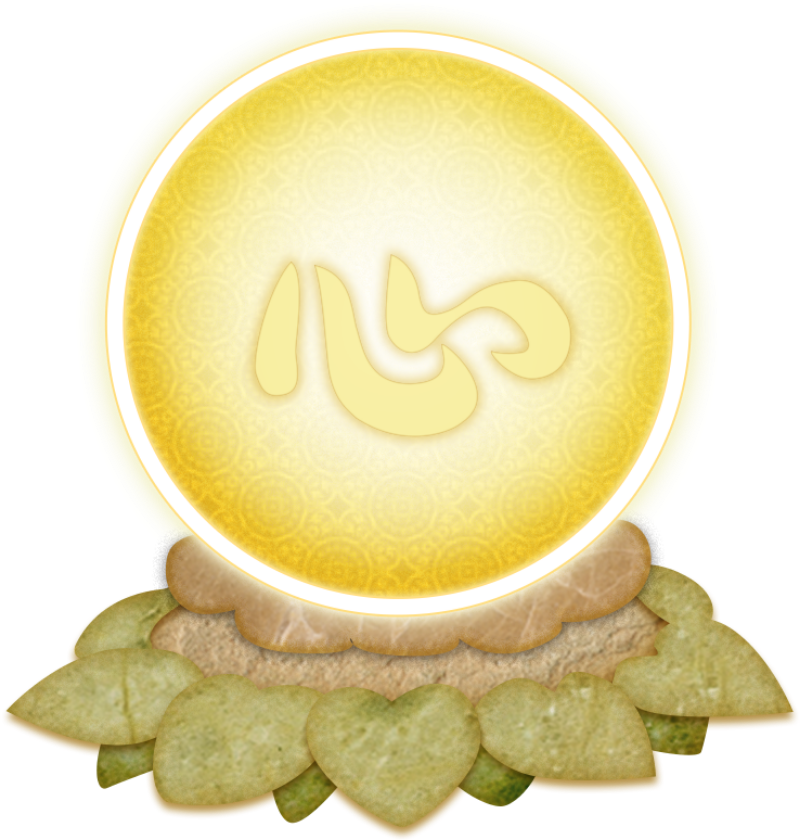