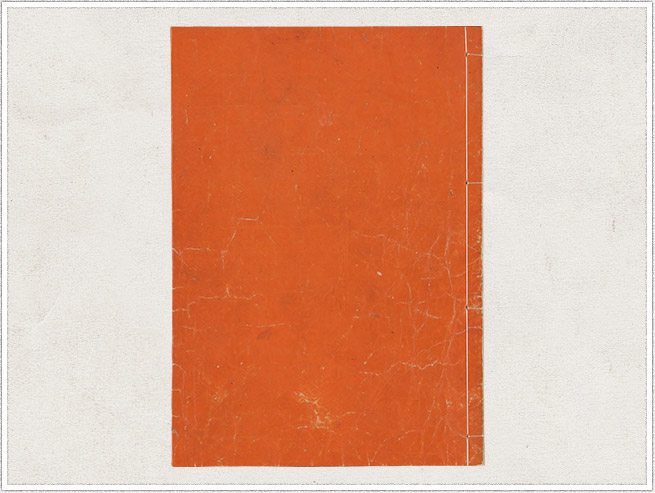 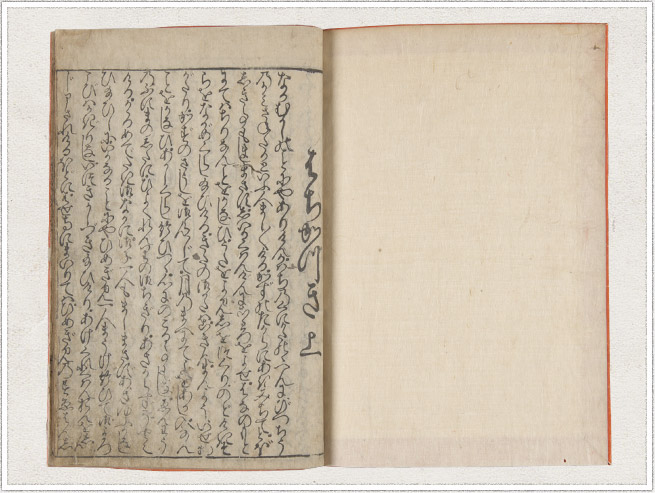 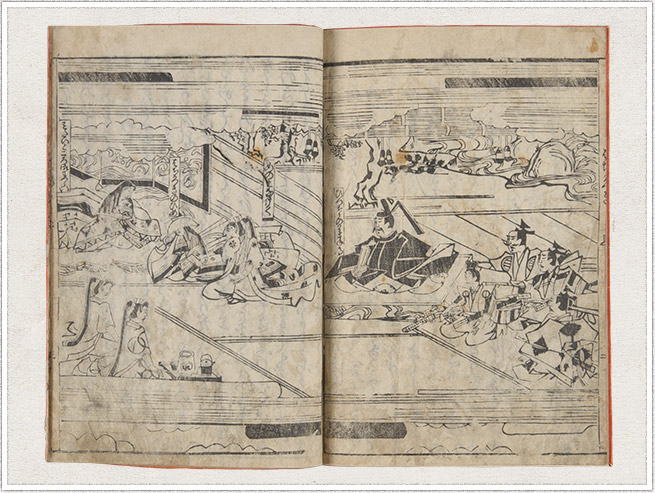 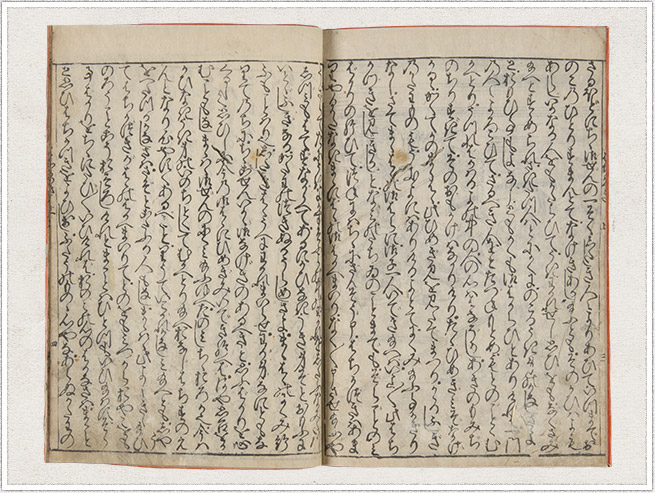 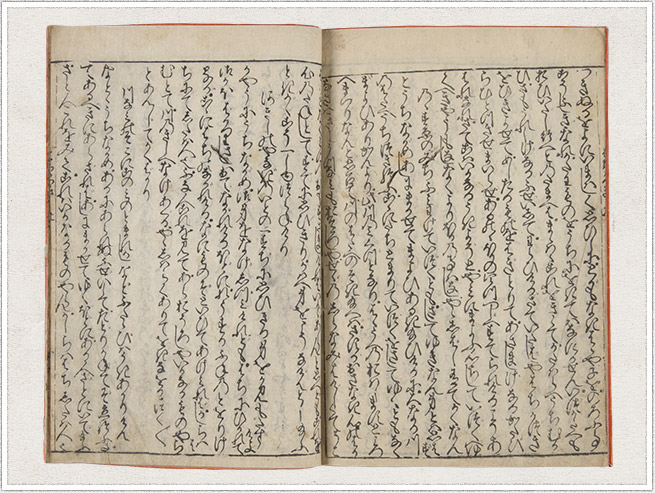 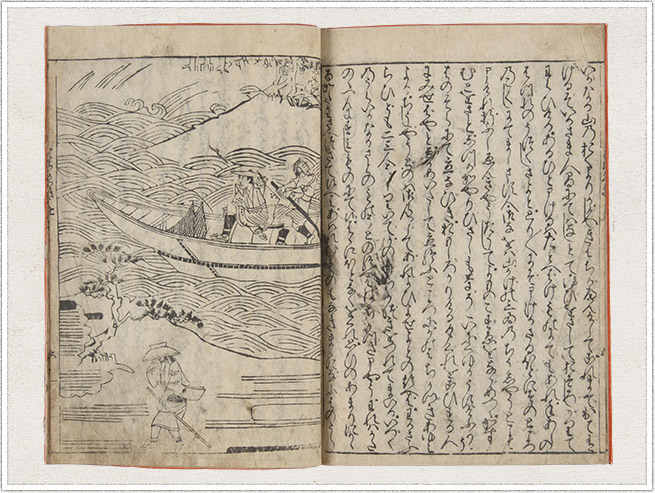 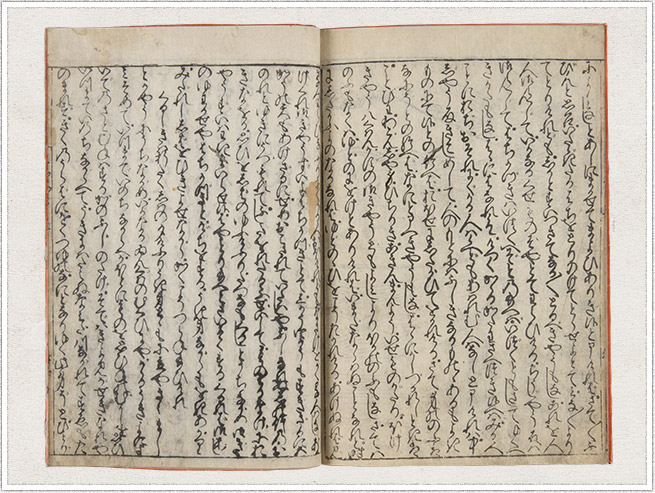 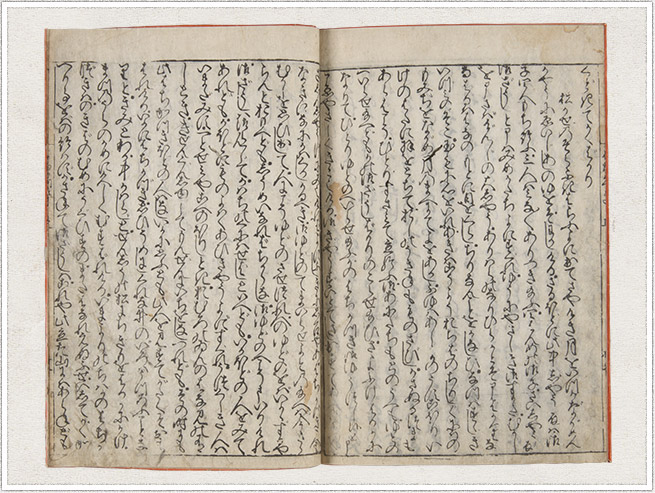 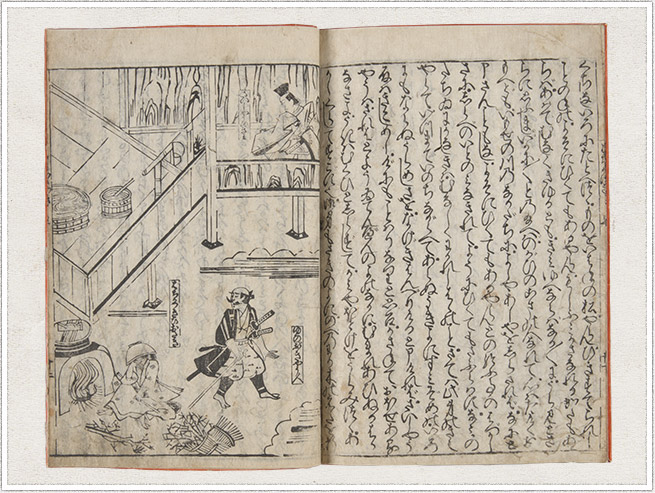 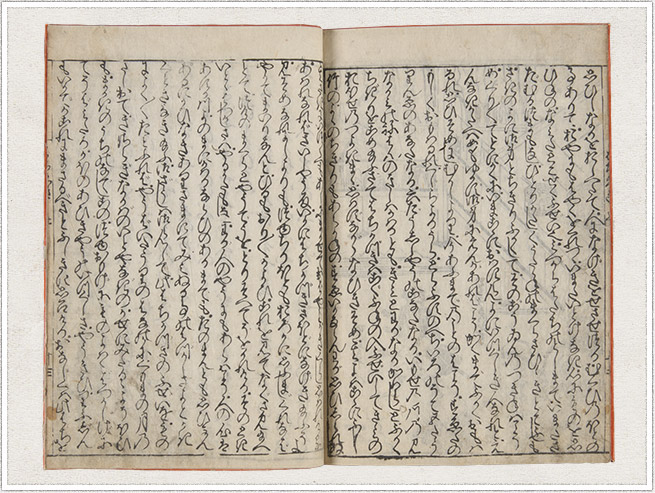 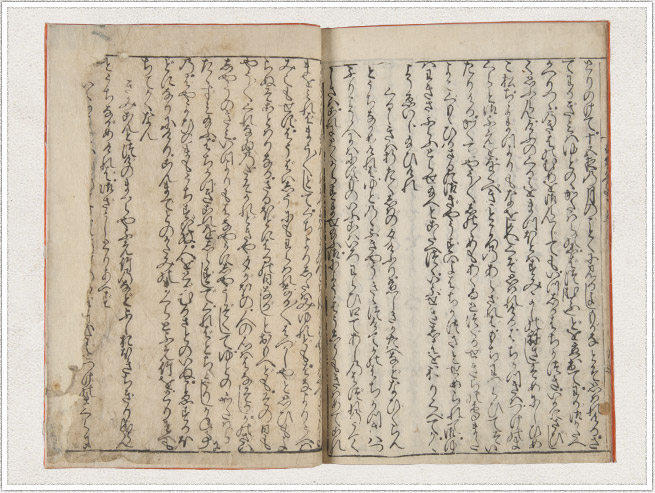 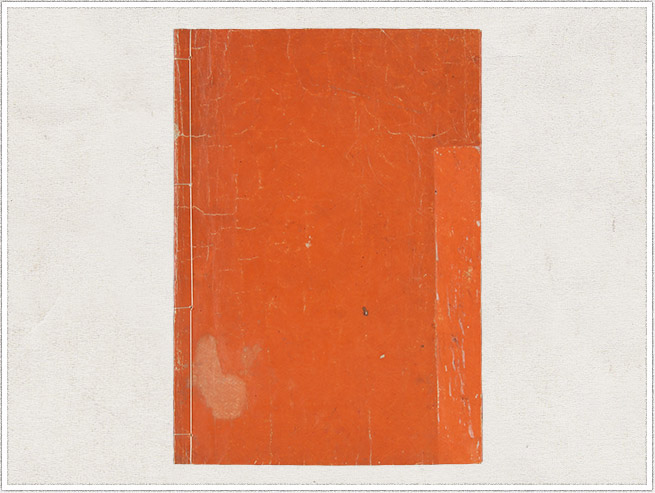 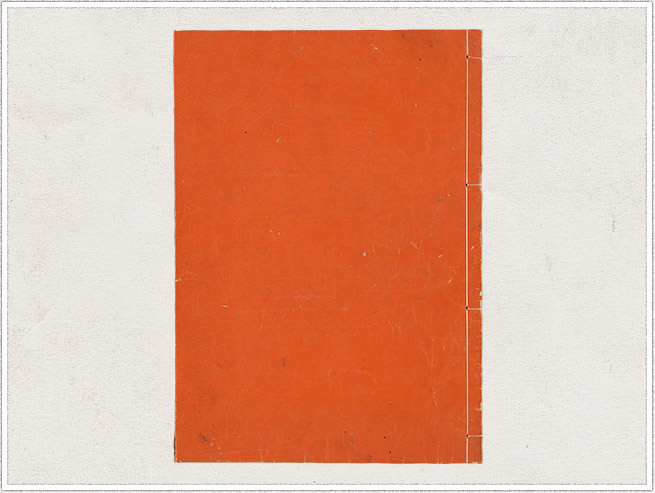 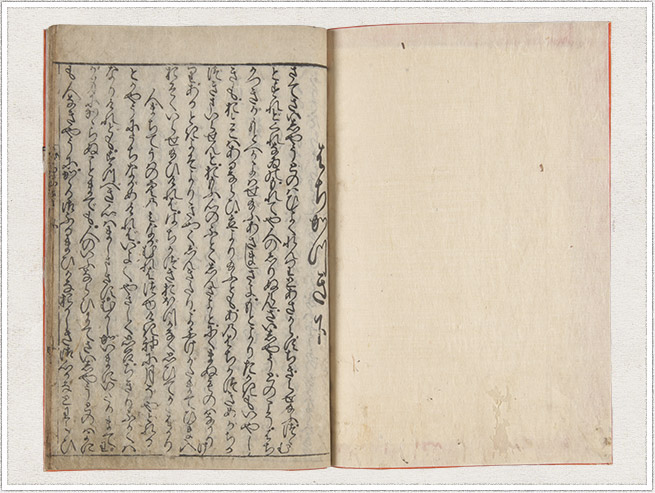 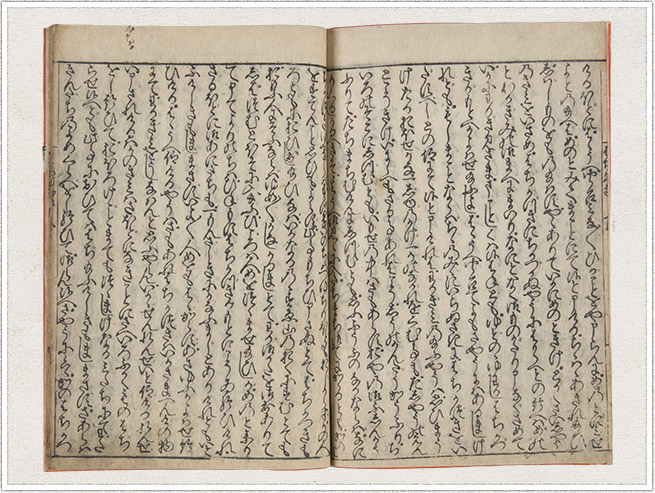 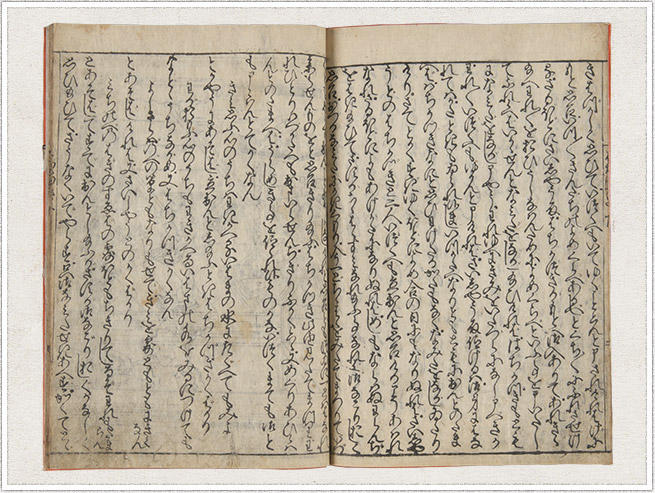 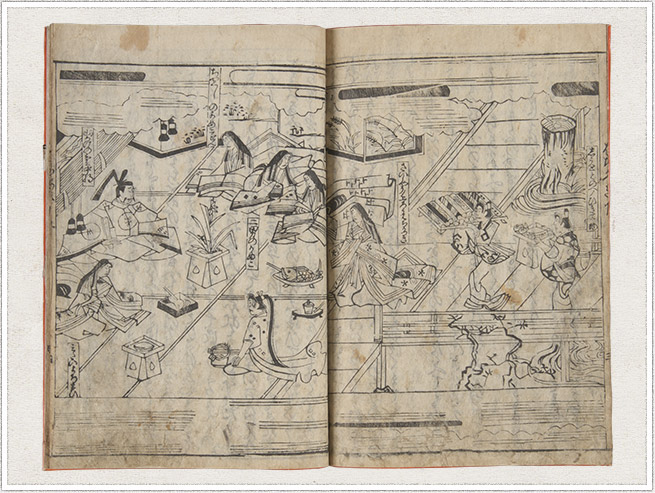 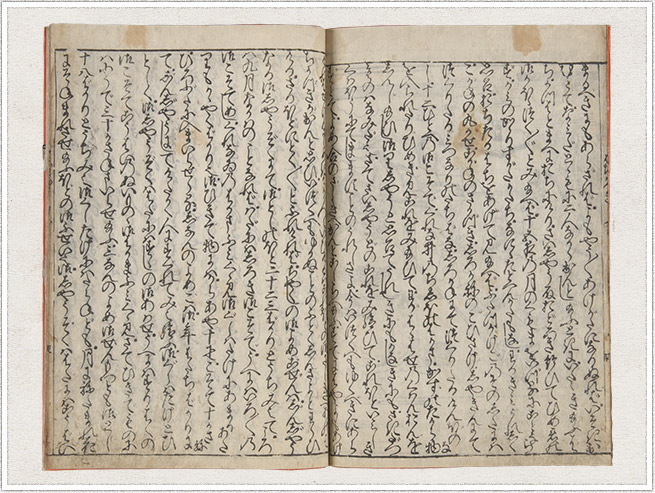 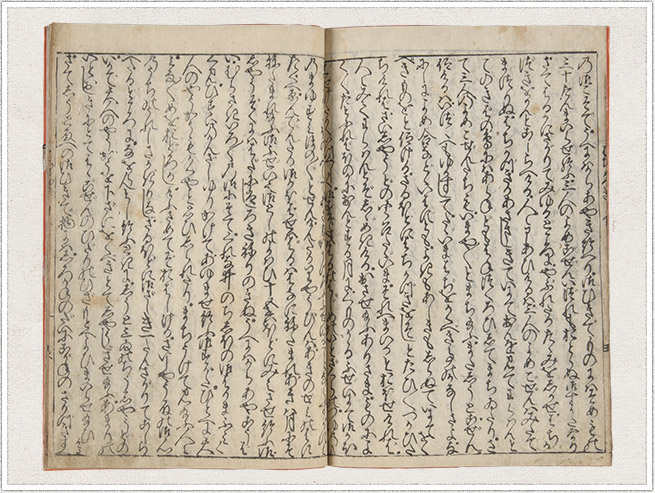 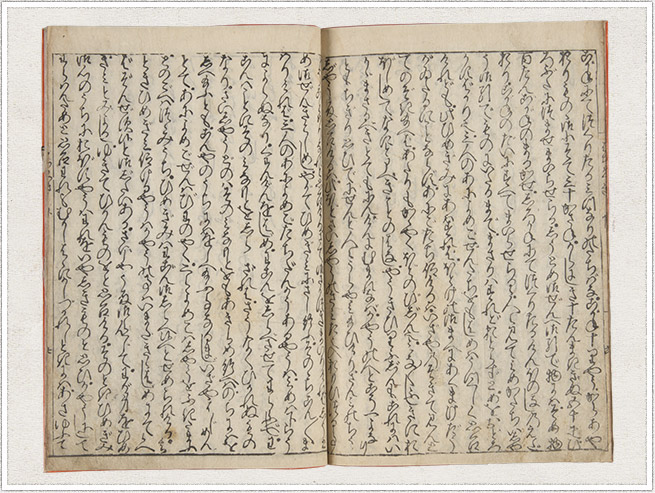 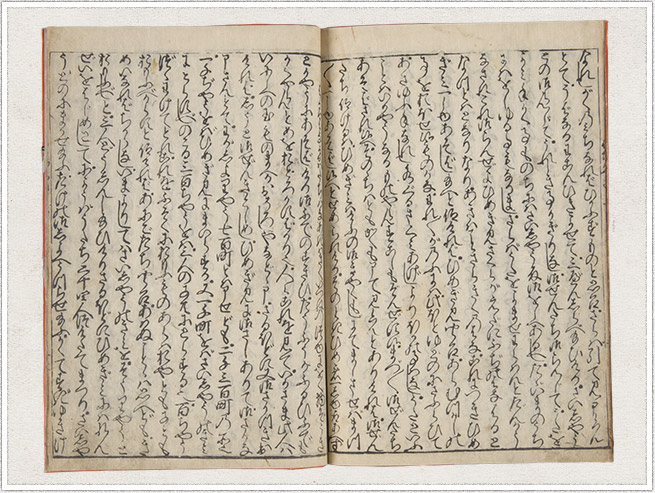 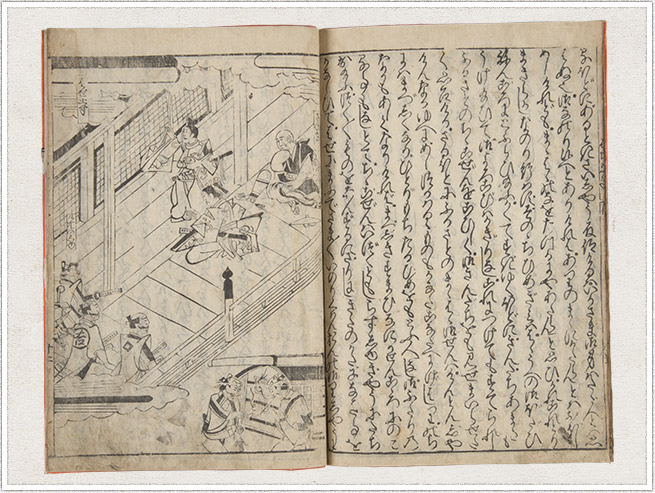 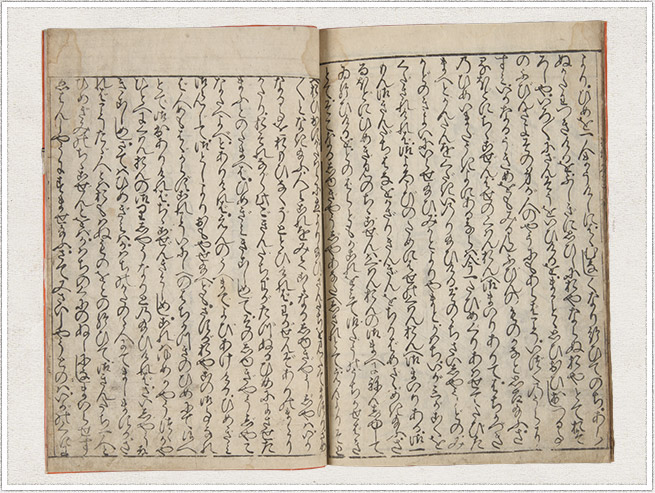 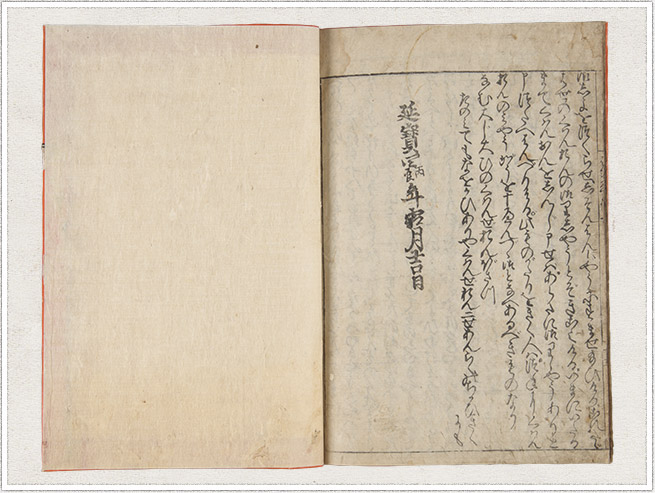 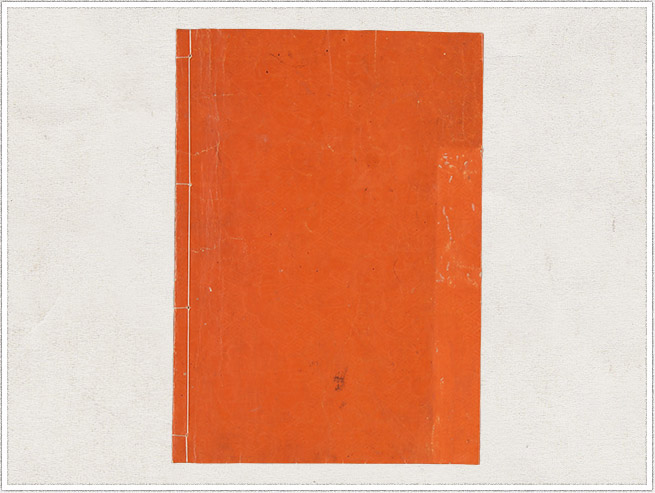 The daughter of a wealthy man from Kawachi Province (present-day Osaka Prefecture), who was made to wear a bowl on her head, was bullied by her stepmother and ran away from home. One of the sons of the lord who she ended up serving as a servant for, fell in love with her. Once the bowl came off her head, she appeared as a beautiful and talented princess, and won the contest of brides. This story was published in 1676 during the Edo Period, and there are several other copies of this same book that were published in the same year remaining in locations other than at our museum.